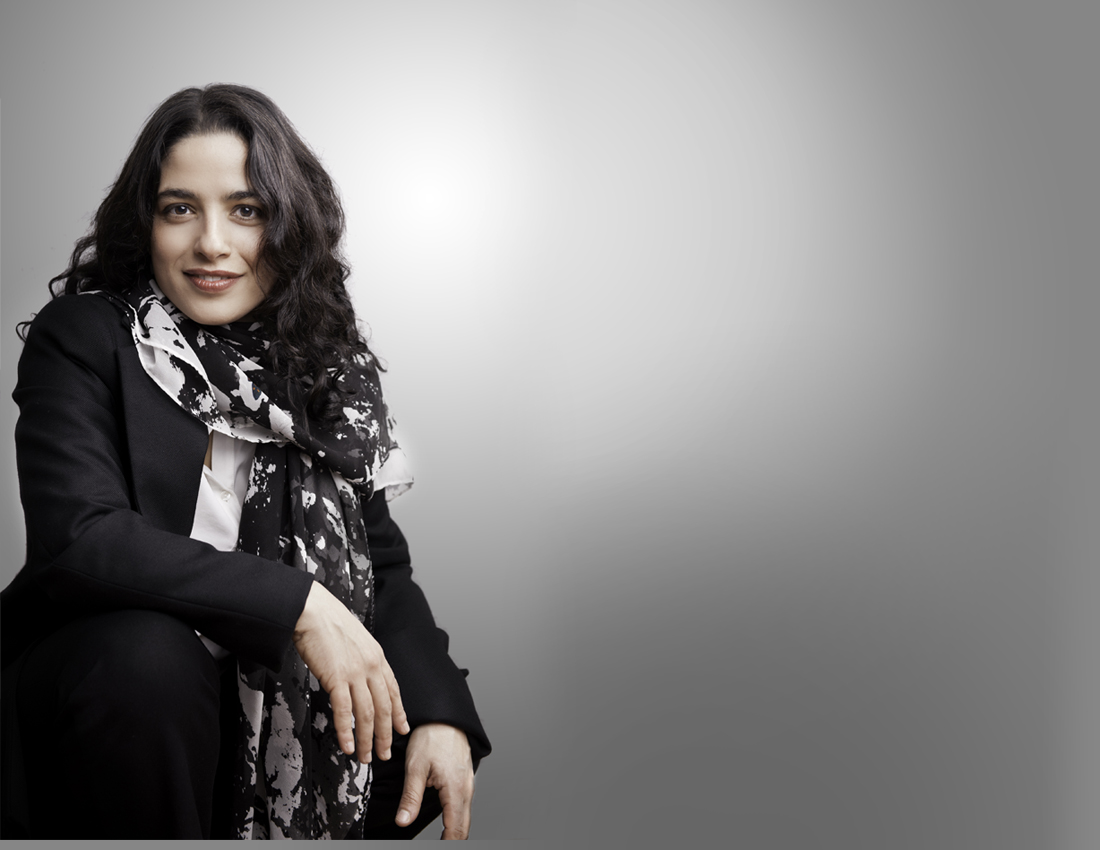 Pianist Einav Yarden is praised for her “imagination and exceptionally vivid playing…sense of immense majesty, tempered by gentleness and quiet grace” (The Washington Post, USA), and “glistening rapture…ingenious humor” (Tagesspiegel, Germany). She has been regularly presented in recital at important venues around the world and as soloist with orchestras including the Israel Philharmonic Orchestra, Rundfunk-Sinfonieorchester Berlin (and the Rundfunkchor Berlin), Minnesota Orchestra, Calgary Philharmonic, Beethoven Orchester Bonn, Bradenburgisches Staatsorchester Frankfurt, Bucharest Philharmonic, and Jerusalem Symphony, under conductors such as Sir Neville Marriner, Leon Botstein, Frédéric Chaslin, Stefan Blunier, Aldo Ceccato, Mendi Rodan, and Simon Halsey, among others.

Her engagements over the past couple seasons include solo performances at the 92nd Street Y in NYC, Philadelphia Chamber Music Society, Muziekgebouw in Amsterdam, Salle Cortot in Paris, Nikolaisaal in Potsdam, and a solo performance at the Margravial Opera House in Bayreuth, subbing in for the international star Daniil Trifonov with just a few hours’ notice, and leaving the audience “deeply overjoyed and impressed” (Piano News, Germany). Other noteworthy stages on which she has performed include the Berlin Philharmonie and the Philharmonie Chamber Music Hall, Konzerthaus Berlin, the Phillips Collection in Washington DC, the Rose Theater at Lincoln Center in New York, the Beethoven-Haus Bonn, Schumannsaal in Düsseldorf, Musée d’Orsay Auditorium in Paris, and others.

In 2018 Einav Yarden released her third CD for Challenge Classics, with solo piano works by Schumann. The recording received widespread international acclaim. Her 2016 album release of Haydn sonatas on Challenge Classics was awarded the quarterly German Record Critics’ Award ("Preis der Deutschen Schallplattenkritik"), selected as CD-of-the-Month for Germany’s distinguished Piano News magazine, and received much enthusiastic press internationally. Her first release with Challenge Classics, “Oscillations”, which combines works by Beethoven and Stravinsky, also received international praise. Her performances and recordings have been broadcast on many prominent classical radio throughout most of Europe, in the US, Canada, England, Israel and elsewhere in the world.

Einav Yarden taught piano at the Frankfurt University for Music and Performing Arts (HfMDK Frankfurt) in 2021. She also taught chamber music from 2016-18 at the Univerity for Music Freiburg and served a substitute professor of piano at the Music Conservatory of Lucerne University in the fall 2018-19 semester. Between the summers of 2012 and 2017, she was a Collaborative Pianist at the Ravinia Festival’s esteemed Steans Music Institute. Among her competition awards are top prizes at the International Beethoven Piano Competition in Bonn, the Minnesota International Piano-e-Competition, Canada’s Esther Honens International Piano Competition, as well as top prizes at the Aviv Competitions in Israel, where she was awarded the piano Guralnik Prize and the prize for best performance of contemporary Israeli work.

She was a longtime student of the late renowned pianist Leon Fleisher at the Peabody Conservatory (Johns Hopkins University) in Baltimore, earning a Master of Music with high honors and a Graduate Performance Diploma. Prior to this, she received a Bachelor of Music with high honors from the Buchmann-Mehta School of Music at Tel Aviv University under the instruction of Prof. Emanuel Krasovsky. She has also received piano guidance from Richard Goode, Elisso Virsaladze, and Prof. Zvi Meniker (on historical fortepianos). She is based in Berlin, Germany.